The topic of the March 30th CSC’s focused on the Heroin/Naloxone Epidemic in Pennsylvania.  The event featured Honorable Rea B. Boylan, Court of Common Pleas of Bucks County, Kathy Jo Stence, Chief of the Systems Transformation Projects of the Pennsylvania Department of Drug and Alcohol Programs, and Diane W. Rosati, MA, Executive Director of the Bucks County Drug and Alcohol Commission, Inc.

“The Center for Disease Control and Prevention reported 8,257 heroin-related deaths in 2013 which was an increase from the 5,925 heroin-related deaths reported in 2012,” said Mensch.  “The Pennsylvania State Coroners Association reported that 2,489 individuals died from drug-related causes in 2014, a 20 percent increase from 2013.  In Pennsylvania, legislative and executive branch agencies are working closely on policies and programs addressing education, prevention, treatment, recovery, and law enforcement.  The purpose of this CSC was to take closer look at heroin and opioid addiction, specifically treatment and recovery services in Pennsylvania.”

The panel discussed the Commonwealth’s most current information related to heroin overdoses.  In addition, they provided information on current rehabilitation services and options available to those battling addiction.  They also addressed the avenues and resources available to family members and community organizations that are helping those who need assistance overcoming their dependence on heroin/naloxone. Attendees were also able to share their current action plans and discuss new ideas on how to combat this grave epidemic.

The Centers for Disease Control and Prevention (CDC) in 2015 reported that heroin overdose deaths in the United States, fueled by lower heroin prices and the increased abuse of prescription opiate painkillers, nearly quadrupled between 2002 and 2013. According to the CDC, reversing these trends will require a wide-ranging response from multiple partners, from improving opioid prescribing practices and expanding access to effective treatment, to working with law enforcement to disrupt the heroin supply, to increasing the use of medications, such as naloxone, to reverse drug overdoses.  In April 2015, Pennsylvania’s Physician General Dr. Rachel Levine signed a standing order permitting emergency responders to carry and administer naloxone to overdose victims. Due to concerns that only medical personnel should administer the drug, some police officials did not. 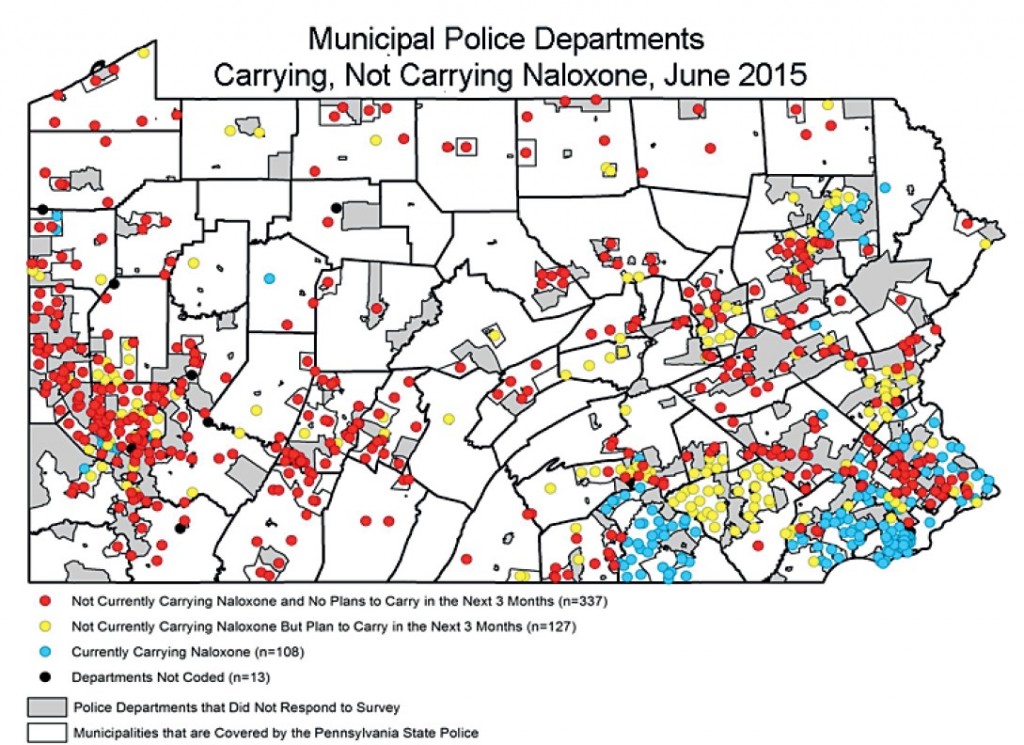 “The solution starts with each of us, all of us, not just one of us or a few of us,” said Mensch. “It is time for all of us to join together, fight back and educate each other about the problem.  Talk to your loved ones today about the dangers of opioid and heroin use.”

Honorable Rea B. Boylan is a Judge in the Court of Common Pleas of Bucks County.  She is the Administrative Judge for Drug Court and sits in Juvenile Delinquency Court and Criminal Court for Bucks County.  She is a Phi Beta Kappa graduate of Dickinson College and she graduated from the Dickinson School of Law in 1982.  She was appointed by Governor Ridge to the position of Bucks County Controller in 1996 and was elected to that office in 1997.  She began practice in Bucks County as an Assistant Public Defender and then as an Assistant and Deputy District Attorney and Chief of the Child Abuse Unit.  She was in private practice from 1986 until 1999. She is the recipient of the 1993 Victim Advocate Award from Network of Victim Assistance, and the 1996 March of Dimes Woman of Achievement Award.  She is the 2014 recipient of the Ambassador for Recovery from the PRO-ACT and The Council of Southeast PA, Inc.  She is the past Chair of the Pennsylvania Supreme Court Civil Rules Committee, past President of the Pennsylvania Conference of County Bar Leaders, and was the first woman President of the Bucks County Bar Association, She has taught in trial advocacy programs for the National Institute of Trial Advocacy, Dickinson School of Law, Widener University, Temple University and Hofstra University.  She is currently a member of the Juvenile Court Judges Commission. She has served on the following boards:  the Bucks County Violence Prevention Task Force, Doylestown Health Foundation, Bucks County Historical Society, Central Bucks Family YMCA, the Network of Victim Assistance, Bucks County American Cancer Society, and the Pennsylvania Trial Lawyers Association.

Kathy Jo Stence is Chief of the System Transformation Projects Section within the Pennsylvania Department of Drug and Alcohol Programs. As such, she works in collaboration with department leadership to initiate and provide oversight regarding priority and innovative projects of the department. Since the implementation of Act 139, “David’s Law”, she and her staff have been instrumental in providing technical assistance to individuals and organizations wishing to establish naloxone deployment programs in their local communities. Ms. Stence also provides oversight to the statewide Overdose Task Force, is engaged in establishing Warm Handoff policy and practice – referral post overdose from the emergency department to substance abuse treatment- and other overdose prevention and response initiatives. In addition to her work with overdose issues, Ms. Stence is involved in various other projects, including those that promote individual recovery maintenance, service delivery improvements, and collaboration with other departments, public and private.

Ms. Stence has been with the department since 2006, but has worked in the field of addictions since 1988, primarily as a counselor with experience in all outpatient levels of care, but has also done case management, student assistance work and has experience working with the criminal justice population providing services at the county jail level as well as serving as a Court Reporting Network evaluator and DUI Intervention provider. She has also worked in children’s Mental Health Services, in direct service, as well as Assistant to the Director of Children’s Services and as Director of Quality Assurance for an outpatient treatment provider. Ms. Stence received her Bachelors Degree in Behavioral Science, with a concentration in Family Studies from Messiah College and she held her Certified Addictions Counselor credential from 1995 – 2009.

Diane W. Rosati, MA, is Executive Director of the Bucks County Drug & Alcohol Commission, Inc.  Created in 1973, the Bucks County Drug & Alcohol Commission, Inc. (BCDAC, Inc.) is the designated Single County Authority (SCA) for alcohol, tobacco and other drug services for Bucks County. BCDAC, Inc. is responsible for the administration and management of public funds designated for substance abuse prevention, intervention, treatment and recovery services. BCDAC, Inc. is a not-for-profit organization governed by a voluntary board of directors, who are appointed by the County Commissioners. Diane has a Bachelor’s degree in Psychology, a Master’s degree in Counseling Psychology, and over 30 years of experience in the substance use disorder field.