Harrisburg – Senator Bob Mensch (R-24) held a press conference on June 8, 2018 at Creative Health Services on his Senate Bill 1092 which will provide for a sentence enhancement within the Pennsylvania Commission on Sentencing’s guidelines for simple and aggravated assault. The legislation came about through work of the Pennsylvania District Attorneys Association and Cabrini College’s Center for Children of Trauma and Domestic Violence Education.

According to the U.S. Department of Health and Human Services, 24 states and Puerto Rico currently address in statute the issue of children who witness domestic violence in their homes.

“Witnessing family violence is a traumatic experience.  Seeing or hearing a family member being threatened or abused can shatter a young child’s sense of safety and security,” said Mensch. “Data shows that the short-term consequences of a child witnessing this violence includes increased anxiety, depression, low self-esteem, aggression, difficulty concentrating, social isolation, and lack of empathy. The long-term consequences are similarly troubling. My expectation for this legislation is that it helps to end the vicious cycle of domestic violence found in our society.” 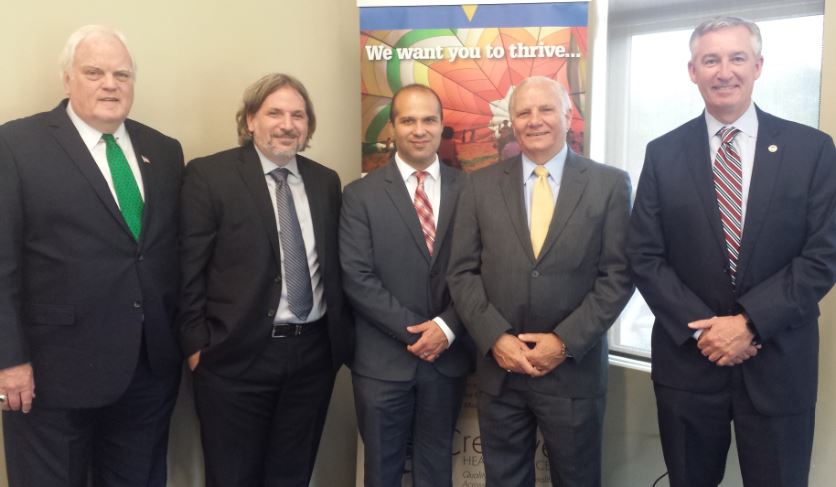 “This bill is smart on crime and will make a real impact on our criminal prosecutions of domestic violence by enhancing sentencing guidelines and toughening up penalties for acts of domestic violence committed in front of children,” said District Attorney Kevin Steele. “The consequences of children witnessing abuse are pervasive and devastating when these children grow up, they are more likely to be caught up in the vicious cycle of abuse, either by being abused or by becoming an abuser themselves. This legislation will also make an impact in the lives of children and the future adults they grow up to be.”

“Approximately 5 million children in the US witness domestic violence each year,” said Dr. Andrew Trentacoste.  “This Adverse Childhood Experience (ACE) can have both immediate and far-reaching psychological and physiological implications, affecting relationships, behaviors, school performance and even brain development. SB 1092 will raise more awareness around the impact of domestic violence on children, with the goal of reducing the actual number of children exposed to domestic violence. While there is hope for healing for traumatized children through connection to caring adults, trauma responsive classrooms, and behavioral health services, how much better it is to work to protect children from exposure to violence in their own home. Please check out the Pottstown Trauma Informed Community Connection’s website PottstownMatters.org for more information on ACEs and what our community is doing to address abuse, neglect and household dysfunction, including domestic violence. ”

“Children, especially young children, cannot protect themselves from the damaging effects of domestic abuse,” said Superintendent Rodriguez.  “It is up to us as a society to clearly call out such actions as wrong and punishable. Our students deserve to learn, grow and flourish in positive and safe places, both in school and at home.”

“It seems like common sense that judges should recognize that children are impacted by domestic violence and should meet out tougher sentences when defendants commit assaultive crimes in front of them. Almost all judges do,” said Representative Hennessey. “Children should be nurtured and need to be protected from this kind of violence. SB 1092 will ensure all judges consider these measures.”

Passage of Senate Bill 1092 follows March’s Senate passage of a crime victims package targeting domestic abuse. The bill was sent the House of Representatives for consideration.