Harrisburg –Senator Bob Mensch (R-24) spoke to members at the Greater Montgomery County Chamber of Commerce on February 22, 2019 during their “Meet Your State Legislator” event.

Senator Mensch provided an overview of the Governor’s Fiscal Year 2019-20 budget proposal and outlined the budget process.  “The Senate Appropriations Committee is in the process of holding a three-week series of Departmental Budget Hearings,” said Mensch.  “The hearings provide an opportunity for the Appropriations Committee to hear cabinet secretaries and other Administration officials detail their plans for the upcoming fiscal year.” 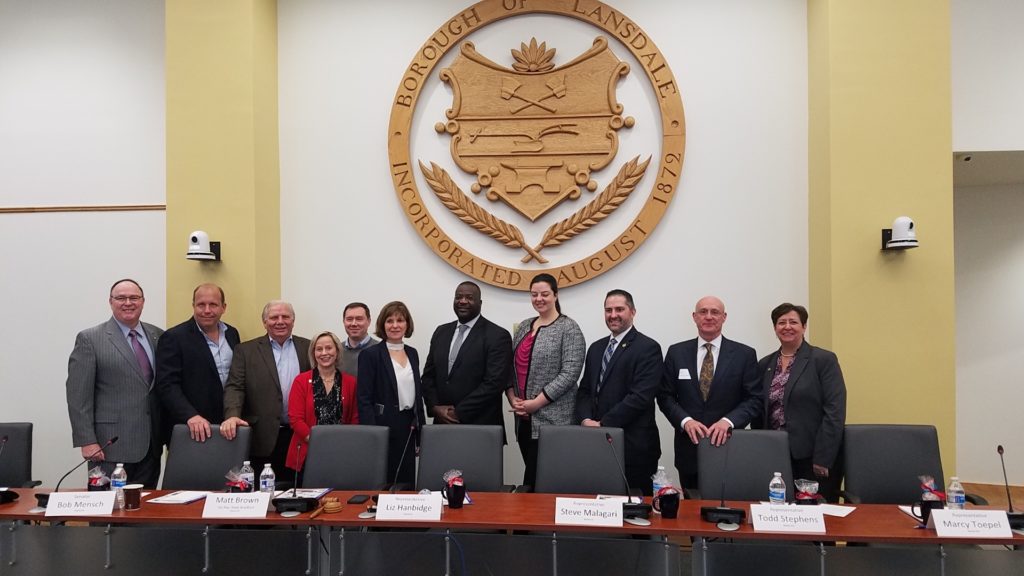 In addition, Senator Mensch reviewed legislation that he has re-introduced including his First-Time Homebuyers Savings Account.  “Senate Bill 309 would permit eligible Pennsylvanians to open special savings accounts and take state tax deductions for savings toward expenses such as a down payment and closing costs,” said Mensch.  “The bill would apply to first-time homebuyers and those who have not owned or purchased a home within the three years leading up to the purchase. Account holders would be permitted to contribute a total of $50,000 over a 10-year period. Annual contributions would be capped at $5,000 for single taxpayers and $10,000 for those filing a joint return. It is estimated that this type of savings account program in Pennsylvania could result in an annual increase of up to 4,000 home purchases within the state. The result would be an overall positive impact on Pennsylvania’s economy, spurring additional economic activity, job creation and earnings for households.”