Harrisburg – A bill that would prohibit the practice of selectively aborting babies based solely on a diagnosis of Down syndrome earned Senate approval, according to Sen. Bob Mensch (R-24), who supported the bill.

House Bill 321 would prohibit an abortion being deemed medically necessary based on a prenatal diagnosis of Down syndrome. Similar protections already exist to prevent babies from being aborted based solely on their gender.

Nothing in the bill would interfere with the existing ability of a woman to obtain an abortion in cases of rape, incest or endangerment to the mother. The bill is targeted only at protecting babies who would be aborted solely because of the possible presence of Down syndrome.

“We do not tolerate the barbaric practice of aborting babies based solely on their gender, and precious, unborn babies with Down syndrome deserve this same protection,” said Mensch. “This isn’t about politics, this is about common decency.”

An estimated 67 percent of fetuses prenatally diagnosed with Down syndrome are aborted in the United States. 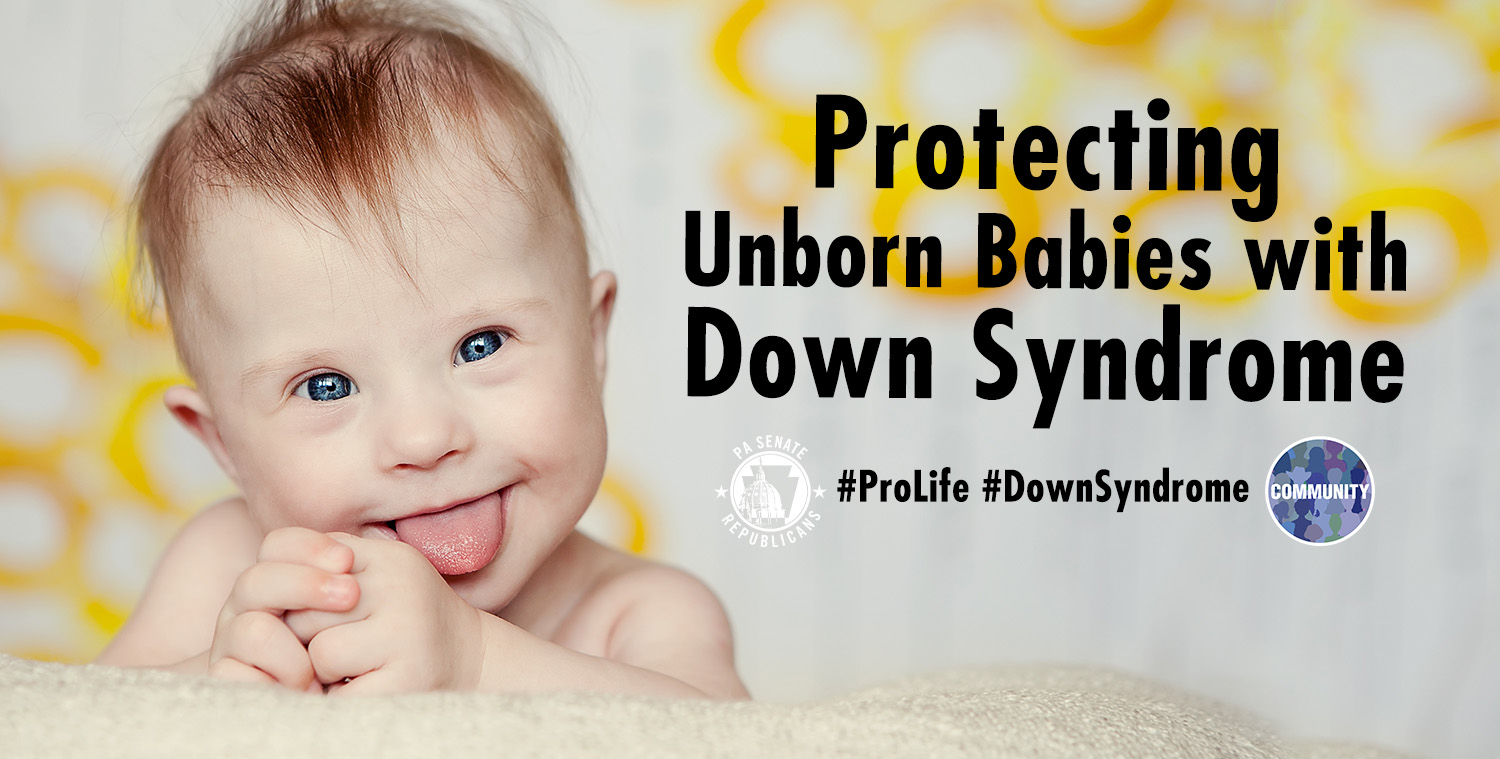