Harrisburg –The Senate gave final approval to two bills today that would strengthen the criminal justice system and reduce costs to taxpayers, according to Sen. Bob Mensch (R-24), who supported the bills.

Senate Bill 501 would streamline the placement of offenders in drug treatment programs and other intermediate punishment programs, and improve and expedite the parole process for non-violent offenders. The bill would divert many non-violent offenders with short sentences to county probation and parole systems if they meet certain qualifications.  It is estimated to save the Commonwealth $45 million over the first five years.

Senate Bill 500, which Mensch co-sponsored, would redirect a portion of these savings to strengthen county probation and parole services.  A County Adult Probation and Parole Advisory Committee, would be established to make funding recommendations. The committee would also be responsible for reviewing grant applications for county intermediate punishment programs.

The two bills are part of a second phase of the Justice Reinvestment Initiative (JRI) which was created by lawmakers in 2012. Since its creation, JRI has helped reduce the inmate population in state prisons by more than 4,300, cut the crime rate by approximately 29 percent, and save $400 million in project costs to taxpayers.

“Getting adult probation right, diverting non-violent offenders, and getting offenders into drug treatment will reduce costly incarceration rates while and allow us to focus resources on proven methods of fighting crime,” Mensch said.

The Senate first approved Senate Bills 500 and 501 in June along with Senate Bill 502, which would help improve communications with crime victims and ensure they receive any compensation they are owed. Senate Bill 502 has been approved by the House Judiciary Committee and is currently under consideration by the full House of Representatives.

Senate Bills 500 and 501 have been approved by both the Senate and the House of Representatives and were sent to the Governor to be signed into law. 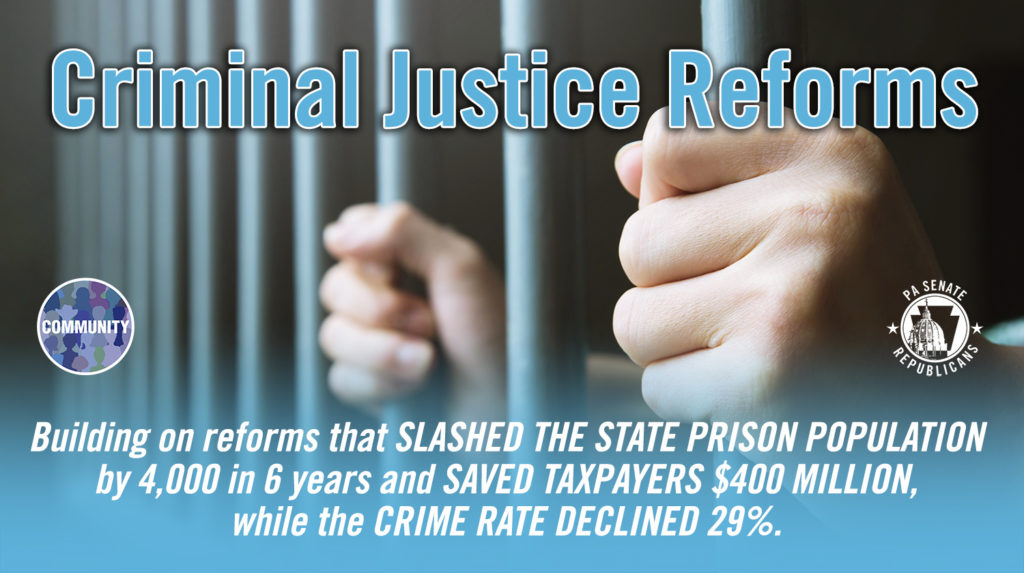