HARRISBURG – State Senator Bob Mensch (R-24) was named the ‘2020 Legislator of the Year’ by the Pennsylvania Partnership for Juvenile Services (PPJS) for his support of workers with disabilities and for workers throughout this pandemic. Brian Boger, MS, Supervisor of Program and System Development for Bucks County Youth Center and Dipesh Chauhan, MA, C.A.M.S, Director of Program Development for Justice Works YouthCare and a constituent of the 24th Senate District, presented Senator Mensch with the award.

This year, the PPJS has added some new award categories to their annual event to recognize individuals who work directly with youth and families within the field of juvenile justice and those whose work has positively impacted the field through advocacy and system reform. The three award categories that were added were County Elected Official, Legislator, and Court Official.

The PPJS is a professional organization dedicated to supporting its members by promoting sound policies, advancing best practice standards, and maintaining a continuous learning environment within the juvenile justice system. Typically, recipients of the awards are publicly recognized at the annual conference. However, this year the conference was held virtually in conjunction with their National Symposium on Juvenile Services.

“There is no task too small or too big for Senator Mensch; his focus has always been how to support the people he serves. He challenges his peers to keep sight of the people they represent and always maintains a balanced approach to serving,” said the Pennsylvania Partnership for Juvenile Services. “Senator Mensch has been a champion in supporting workers through the current pandemic, ensuring that families can be sustainable through tough times. Most recently, Senator Mensch authored a bill that provides better earning potential for workers with disabilities, which was unanimously approved.”

“I am honored to be named the ‘2020 Legislator of the Year’ by PPJS,” Senator Mensch said. “My Senate Bill 890, which I will be reintroducing from last session, would create a new classification similar to the Medical Assistance for Workers with Disabilities (MAWD) called ‘Workers with Job Success.’ The issue created by MAWD’s income limits are that many individuals feel pressured to not advance their careers or pursue better employment for fear of losing their benefits. ‘Workers with Job Success’ would have increased income limits and allow for increase savings limits for individuals in return for paying for a percentage of their benefits. My legislation will hopefully encourage these individuals to work to their full potential and reassure them that this decision will not place their deserved benefits in jeopardy.” 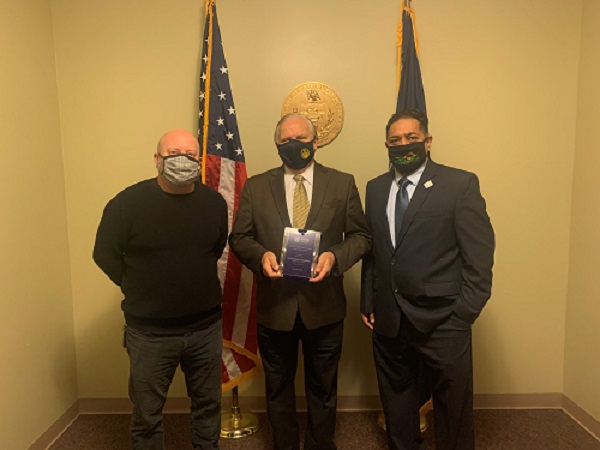