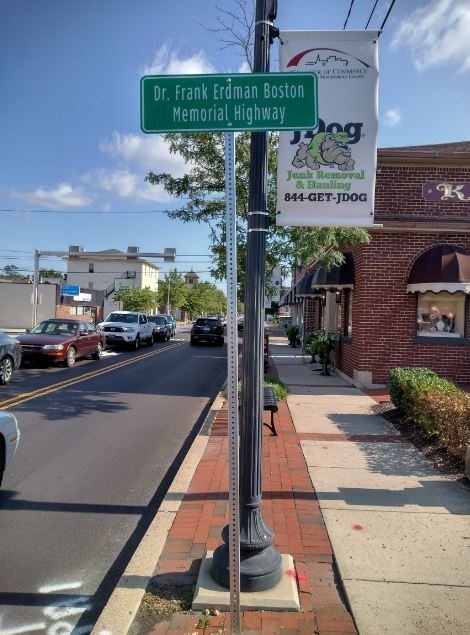 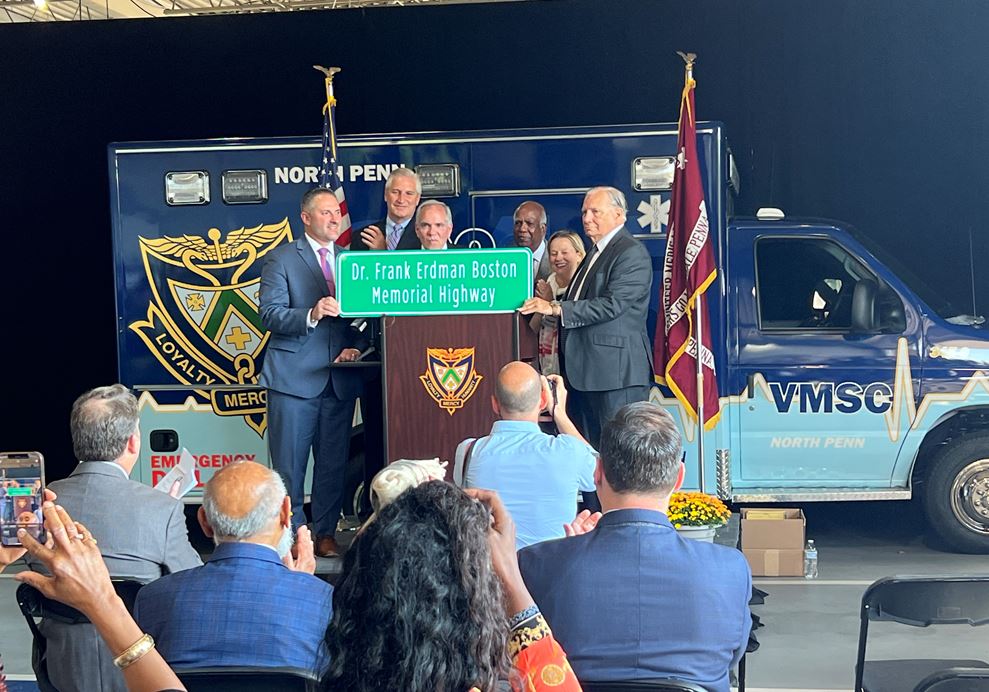 Doctor Frank Erdman Boston was a physician, surgeon, and veteran who served as a medical officer with the 317th Engineering Regiment (one of the few Black regiments) during World War I. After returning to civilian life, Doctor Boston settled in the Lansdale area, where he became one of the first Black Americans to found both a hospital (Elm Terrance Hospital, which became Jefferson Lansdale Hospital) and an ambulance corps, both of which are still active today.

“His selflessness, respect for life, dedication to his neighbors and unwavering commitment to do good serve as an inspiration for all and are the reasons we should be celebrating his legacy for generations to come,” said Mensch.

House Bill 1560, was signed into law June 2022, which renames State Route 2004, North Broad Street in the Borough of Lansdale and Hatfield Township as the Doctor Frank Erdman Boston Memorial Highway.

While this was a fitting tribute to a truly inspirational man, this goes a step further to immortalize all that he has done for the community.