Both cancer and density appear white on a mammogram, so detecting tumors is much more difficult in denser breasts without further screening provided by an ultrasound or an MRI. Women who have extremely dense breast tissue are four to six times more likely to develop breast cancer. Currently, insurance companies do not cover these extra screening costs for women who are at an increased risk. 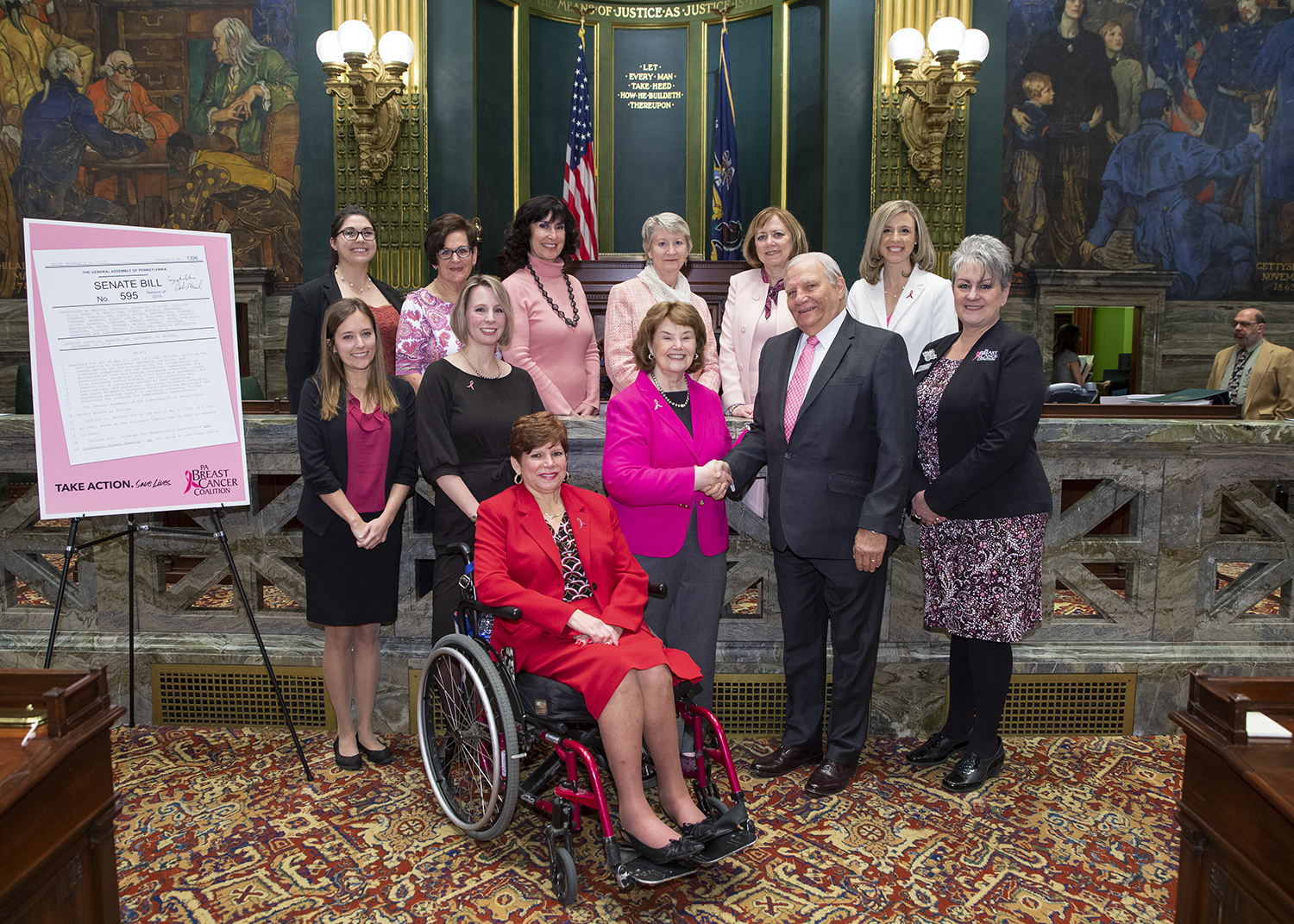 “Every woman deserves the best breast cancer screening that is available. Senate Bill 595 is a significant step forward toward recognizing breast density as an increased risk factor,” Mensch said. “I am confident that this legislation will make a difference in the lives of many affected by this terrible disease.”

Senate Bill 595 would amend the state Insurance Company Law to extend mandated insurance coverage to ultrasound screening and magnetic resonance imaging if a mammogram demonstrates extremely dense breast tissue. This standard is based on the Breast Imagining Reporting and Data System established by the American College of Radiology.

Additionally, insurance coverage will also be extended if a woman is believed to be at increased risk for breast cancer due to family history or prior personal history of breast cancer, positive genetic testing or other indications.

Senate Bill 595 is supported by the Pennsylvania Breast Cancer Coalition. The bill passed in the Senate 48-0 and will now be sent to the House of Representatives for consideration.